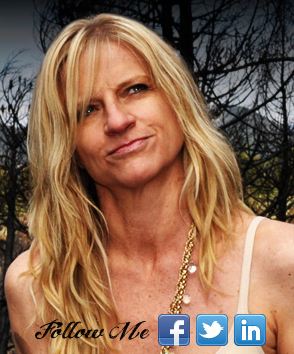 A-funk-a-fied. That is a word. Don’t test me by telling me it isn’t. Two days of serious funk and no writing. Hmmmm. Help me do the math here. The plan was to work on my book when I am not blogging and that plan has been thwarted. Drats foiled yet again. This is a scientific experiment: how will I feel this afternoon after writing compared to my mood over the past 2 days with no writing… we shall see. I will not factor in the fact that we are seeing Face tonight in Boulder. No, I will determine my post-writing mood independent of that extraneous event. Should be a simple equation.

As previously stated, this moodiness t feels like a bad case of PMS. And, it could be “that time” coupled with the fact that on the 50 side of my mid-40’s I may be entering peri-menopause which I have heard carries many many joys. Especially the “Urine leakage while coughing or sneezing.” Not. I have been agro to the max; short on patience, long on reactivity, thin-skinned and excessively tired. Overcast with only small glimpses of occasional sun to remind me it still exists. Although, these days in Colorado we no longer celebrate the sun. We now do rain dances across the state and pray for Seattle slop. And, the rain gods have been kind to us recently. The metro area is cooler than it’s been and our foothills have been getting somewhat regular baths. Of course, these baths bring lightening strikes which have started a few brush fires and caused panic among my neighbors but so far so good. No new fires in our backyard.

Speaking of fires… I rarely lead with the fire thing these days as it’s nice not to deal with explaining anything. Granted most people are quite kind but there is always the occasional lack of reaction entirely which is always odd and makes me want to scream “DID YOU HEAR WHAT I JUST SAID?” During one of our many errands to price things for our re-build, I shared that we had lost our home to a fire three months ago. The startled response was, “What fire?” I explained, “In the Conifer area. The North Fork fire.” Again, I was met with a blank stare. Now, somewhat disbelieving, I continued… “You know, the one that the state started where 3 people died?” Slight recognition danced across his brow. With resignation, I conclude: we have been forgotten. Now, even High Park fire is dropping off the radar. And, our measly fire which burned only 21 homes pales in comparison to the devastation at Waldo Canyon. The “funny” thing is, sometimes I can’t remember the name of our fire… I start calling it “North Park”, then fumble for the correct name.  I now have a brand new diagnosis: Forest Fire Inferiority Syndrome – FFIS for short.

Now, I am not going to get all political. I am an independent voter but I must say that Obama’s much touted visit to Colorado Springs due to the Waldo Canyon fire leaves me raising my eyebrows causing more wrinkles in my already furrowed brow. He doesn’t need a stopover in Conifer, per se. But if you fly across the county to reach out to the fire victims, how about at least sending us a nice sympathy letter, or a fruit basket, or a little sentiment in our direction: “Too busy to stop by, not sure where Conifer is anyway… gotta run back to DC, but big hugs!” kinda thing. Or a post card with a picture of the White House and the family inscribed, “from our house to yours…” Oh wait. We don’t have houses. Or simply: “From us to you…” would have been nice. I have to say in writing this paragraph, I have the biggest smile I have cracked all day. It certainly is good material for my fire ravaged soul.

Speaking of material, for some strange reason, I decided to perform “stand up” par duex on July 24th at the Denver Improv coached again by the fabulous Kristina Hall. Just why I thought I needed something else to scare the crap out of me, I wonder. Again, I questioned my sanity the moment I said yes – and especially after she asked me to come up with “a few new bits” versus simply tightening up the “old” material. I guess I needed one more thing to do in this T minus 28 days and counting until we unplug for a month. Right. Along with re-writing my book which still I haven’t resumed since last Saturday, along with everything else. And, have I mentioned that our preliminary numbers for our re-build came in way to high so we changed the plans again after a day of serious disappointment – and now it is beyond highly unlikely that we will break much ground until September. Just how long can we live in basements before we become night creatures – or before we wear out our welcome at one of our many generous friend’s homes??

That day was a rough one. What we thought would be the ‘next step’ before ground-breaking was instead a major road block and re-group. Not too equipped to deal with much disappointment, we danced on the edge of extremely shaky ground. “Uncle uncle uncle” we cried, huddled with the bearer of bad news (our builder) under the awning at Flame attempting to stay out of the deluge of water falling from the sky that somehow timed its arrival perfectly with the arrival of our bad news. Fleeing to the interior of Flame, fortunately free of the stank of dead rodents, we watched the awning blow down again and wondered where this rain was in March.

One of my clients shared a story of someone who lost her home in the Waldo Canyon fire and a few days later received a cancer diagnosis. Yes, we know it can get much much worse. Much much much much worse. We have our health, we have each other, we have our dogs, we have our friends, we have many many gifts – and we just have to deal with ourselves. I have thought often about those who are going through this chaos while raising small kids. Talk about challenging. I can’t imagine dealing with my own mood swings and displacement on top of dealing with the needs of small children. The patience required would be monumental. Add in cancer diagnosis, loss of parents or other loved ones and so many other things. It could be a helleva lot worse! And, benevolent universe, hear this, I am certainly not asking for the perspective gained from it being worse. Allow me to occasionally remember that. As well as continuing to allow myself to be in all spaces and places as and when I need – even this angsty, grumpy, gnarly space of late.

As my Mac prepares itself to have a new hard-drive installed, I wonder what that would be like. Can I get a new hard-drive? Would I like that version of me better. I mentioned to the patient Apple tech that my Mac is going to be like new. He replied, “In a Frankenstein kind of way…”

Would that be my option? New hard-drive, new me, but in a Frankenstein kind of way?

In creating a writing day with my clients this morning, I expressed one of my most common anthems – that of allowing all of it. Allow the ups, downs, doubts, fears, terror, angst and moments on high. Writing can drive all our shit to the surface. It’s why so few of the 80% who say they want to write really will. It’s hard to sit through those spaces. It’s hard to ride the roller coaster into the unknown as it plummets into the darkness or comes screeching to a halt way before the ride is over. Dealing with the derailment and failures along the way to becoming a published author is at times a brutal ride. One well worth the journey, I say. But, to expect that it’s all going to be a straight line of progression is insanity.

Hmmm. Sounds like yet another metaphor for me right now. One word at a time, one day at a time. Keep writing, keep walking. Step into the unknown. Ride the ride. Trust that it will all be ok – even if “ok” doesn’t look anything like we thought it should.