08 May Cabin Fever! The adventure of living tiny.

We have jumped, taken the leap, gone for it. We have committed to living in a tiny home back on our burned out land.

This fills us with equal parts excitement, trepidation and joy. Most days the positive wins out and we keep moving forward. And most nights, I wake in the dark hours with looping questions and a head full of worry.

Tomorrow our cabin arrives on a truck from Florida. We and our competent team will spend 6 hours unloading and cataloging what will become our new home. The truck will park near where I watched the dumpster full of the last remnants of my old home being towed away. Tomorrow, we will witness the delivery of our new life. The truck giveth and the truck taketh away. 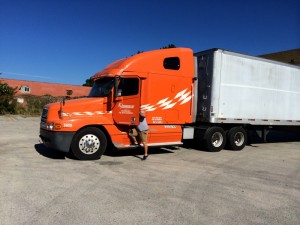 The “plan” was to build a cabin where we could retreat – a place to get a way from it all but not a full commitment to living on the land – once so lush and now a harsher edgier version. After so many false starts with builders the summer after the fire, we walked away from the idea of building and settled into living in Evergreen, near the lake, walkable to downtown, a cozy womb where we could heal. Mostly we knew Evergreen was temporary but we allowed ourselves to love this house and appreciate all it had to offer. It held us well.

The cabin idea began to become reality after a trip to Florida in December where we met with Gayle and Andrew of Cabin Fever. What was initially planned as a meet and greet turned into a four-hour brainstorm where we fell in love with them and their amazing company. Former furniture designers, they create beautiful pre-fab tiny homes with soaring ceilings and an exquisite attention to detail.

Our homework was to return to Colorado and begin the education process of what it really took to build. We began slowly – conversations with the county people who promised to make our re-build easier than the norm due to the fire – and as promised, they have delivered. The lights were green, the path was clear – yet still, we hesitated. Should we? Can we? Will we really? Were we making the right choice? Then the deeper question began emerge – did we really want to build it on our land? A trip to Fairplay produced a major quandary: 37 acres, 360 views, a small shed turned cabin – and what our land would never have – a forest of green. Suddenly the decision became more difficult. We went back and forth, we consulted friends and psychics (I did, anyway). What was our choice to be? And, knowing how we had waffled so many times before, would we really ever make a decision?

Then in mid-February an unexpected development in our never-boring life arose. Cabin Fever sent us an email from a television casting company with the following:

A major network and an award-winning production company are seeking people who are planning on downsizing their home and are currently looking to build a tiny home. A team of expert builders and designers will be lead by a former Disney Imagineer will create a one-of-a-kind and fully functional layout filled with custom accents and amenities to maximize your tiny space while significantly increasing the value of your property.

The caveat: you must adequately address the following – Why are you choosing to live in a tiny home?

As someone who has studied quantum leaping in life, I jumped – and wrote a pitch. A damn fine one, I might add… I began, “My husband and I are building a tiny home – but our story is much more complicated than that…” I talked about the fire and the quagmire of rebuilding, the missing of our oasis, and the longing for true “home”. In writing the pitch, I enrolled myself the mission and movement of living tiny – and we went from creating a cabin, to creating HOME.

Two and a half hours later, a response came back requesting our first of many interviews for the show.

Over the next month and a half, we gradually worked our way through the maze (and roller coaster ride) of TV show casting until finally officially being accepted into “Tiny House Nation”.

Looking back on it now, I know that had it not been for this wild and wacky opportunity, we would not have made a decision. We would have continued to doubt and wonder and second guess. Committing to the show, had us commit to Cabin Fever and start a process that is now real and happening.

Yet in this lull time between the TV show saying yes and the action actually starting, we have had time to question and wonder again. What are we doing this for? Do we really want to move back? From 1500 to 725 square feet with two big dogs and both of us home-officing, are you kidding?

This time, we have the grace of time.  In preparation, I have been passing things along, cleansing, making multiple trips to goodwill – and still I look around and wonder how we will possibly downsize to that level. For two people who once had what would fit in the back of our SUV, we have now accumulated a lot of stuff. Emptying my family home in Rhode Island gave us furniture and family heirlooms that unto themselves might not have held value but after losing everything and then selling that beloved house, I deemed meaningful. Now, we can consciously choose what to leave behind and what to take into this next phase of life – and we have time to ponder. During the fire, I scrambled frantically from room to room picking what to take with me – and then life changed in a flash and there was no more choosing. Now, I personally deliver gifts to people I love.  Things I have gathered and loved in the last two years are  finding new homes.  Things I thought I needed are being passed along.  Things I still want are being released.  Things I cherish and can’t quite let of of, I will find room for.

I sit here in my dark purple office where we keep the curtains closed for privacy and think of the expanse that is that land. I think to the future, of sitting in my new tiny 6×8 office and staring out those open windows which will never know a curtain, as I write my next chapter. The promise of that view keeps me moving forward. And tomorrow the truck arrives, and there is no turning back. 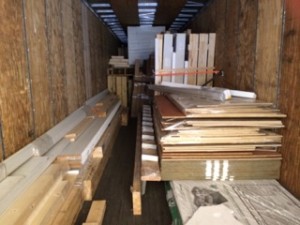 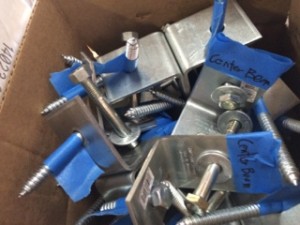 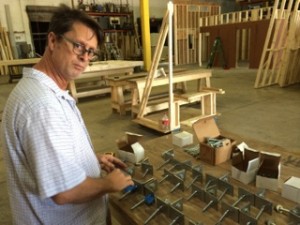 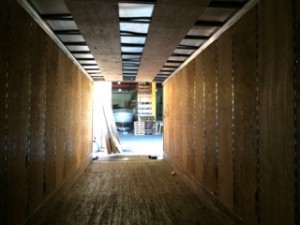 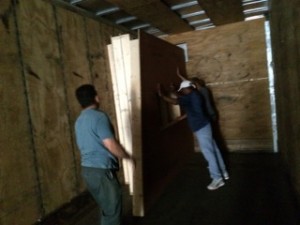 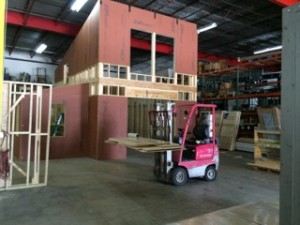 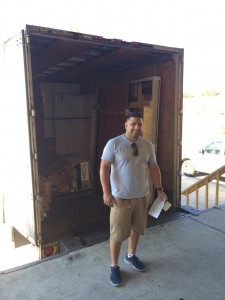 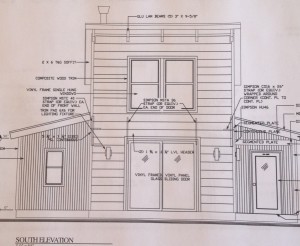